Confetti’s Club occupies one of the most historic buildings in downtown Green Bay. Originally opened as the Green Bay Theatre in late-February 1900, it has also been home to the Vic Theater and Orpheum Theater. In the 1930s, the exterior of the building was redone with a facade to reflect the art deco style of the time. In the 1990s, the space was transformed into a nightclub, but the floors and many features of the original theater remain intact. Since then it has been home to a few clubs, but its most recent incarnation is known as Confetti’s. With one of the largest dance floors in the city, Confetti’s is perfect for club-goers who enjoy moving to Top 40 and house music. Currently Confetti’s is only open Friday nights from 9 p.m. to close unless otherwise promoted for special events.

Is this your business?Claim it now.

Make sure your information is up to date. 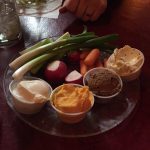